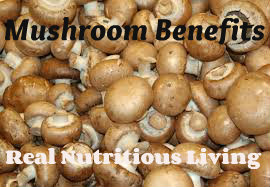 0 shares
I may receive a commission if you purchase something mentioned in this post.
See more details here.

I love my local farmers market and one of my favorite stands to visit is the mushroom stand. Maybe it’s because I secretly think they look a bit like alien vegetables, and there’s always a fascinating new variety that I’m told I must try (admittedly I usually do!).

Mushrooms have so many benefits they really should be called a superfood. Read on for the top 5 benefits of eating mushrooms in this month’s functional food spotlight.

A study done on mice and published by the American Society for Nutrition found that white button mushrooms may promote immune function by increasing the production of antiviral and other proteins that are released by cells while they are trying to protect and repair the body’s tissues. A later study showed that these mushrooms promoted the maturation of immune system cells–called dendritic cells–from bone marrow. According to researchers, this may help enhance the body’s immunity leading to better defense systems against invading microbes. So it’s not just the exotic varieties that help. That said, eat up and boost immunity by up to 300%!!!

Mushrooms are the only fruit or vegetable containing vitamin D.   Like we humans, mushrooms produce vitamin D when exposed to sunlight. The exposure to high levels of ultraviolet B just before going to market converts more of the plant sterol ergosterol into the so-called sunshine vitamin. Consuming dried white button mushroom extract was found to be as effective as taking supplemental vitamin D2 or D3 for increasing vitamin D levels.

Regular ingestion of mushrooms over long periods of time has been proven to decrease the number of cancerous cells in the body. They not only fight and reduce cancerous cells and tumors, but they help prevent more of those cells from forming in the body. An analysis of seven studies—published last year in Cancer Epidemiology, Biomarkers & Prevention—showed that the higher the level of selenium, as measured in blood serum and toenails, the lower the risk of bladder cancer. Several types of mushrooms are rich in this essential trace mineral: 100 grams of raw crimini have 47 percent of your daily needs, cooked shiitakes have 45 percent and raw white button have 17 percent. Turkey Tail is a purely medicinal mushroom with proven anticancer effects (use extracts in liquid or capsule form.) Shiitake mushrooms also boast powerful anti-cancer properties as well.

When it comes to antioxidants, the substances that help fight free radicals that are the result of oxidation in our body, we typically think of very colorful fruits and vegetables as opposed to neutral-hued mushrooms. But a study at Penn State University showed that the oxygen radical absorbance capacity (ORAC- a measure of a food’s total antioxidants) of crimini and portobello mushrooms were about the same as for red peppers. But they also contain antioxidants that are unique to mushrooms. One such antioxidant is ergothioneine, which scientists are now beginning to recognize as a ‘master antioxidant.’  A 2009 study in the journal Nature discusses the importance of ergothioneine, describing it as “an unusual sulfur-containing derivative of the amino acid, histidine,” which appears to have a very specific role in protecting your DNA from oxidative damage.

Mushrooms are an excellent source of potassium, a mineral that helps lower elevated blood pressure and reduces the risk of stroke. One medium portabella mushroom has even more potassium than a banana or a glass of orange juice. The maitake variety has anticancer, antiviral, and immune-system enhancing effects and may also help control both high blood pressure and blood sugar levels.

Cultivated white or “button” mushrooms (including cremini and portabella) are among a number of foods (including celery, peanuts, peanut products, and salted, pickled, or smoked foods) that contain natural carcinogens. Although much is not yet known about these toxins, it’s important we caution mushrooms to be well cooked and not eaten raw. Heat breaks down many of the toxic constituents.

Not a mushroom fan but still looking for a boost? We recommend trying New Chapter Immunity Shield – a blend of tonic mushrooms. Two caps per day should do the trick!

Melissa Schollaert is a Holistic Health & Nutrition Counselor and founder of Real Nutritious Living. Helping others achieve their health goals to attain their healthiest, happiest life is her greatest ambition.

PAID ENDORSEMENT DISCLOSURE: In order for me to support my blogging activities, I may receive monetary compensation or other types of remuneration for my endorsement, recommendation, testimonial and/or link to any products or services from this blog. However, I only recommend products or services I have personally used myself and trust.
MEDICAL DISCLAIMER: This content is not intended to diagnose or treat any disease, or as a substitute for medical advice. Please consult with your advising physician before starting any treatment for a medical condition. Real Nutritious Living, LLC shall not be held liable or responsible for any misunderstanding or misuse of the information contained on this site or for any loss, damage, or injury caused or alleged to be caused directly or indirectly by any treatment, action, or application of any food or food source discussed in this site.

Melissa Schollaert is a Holistic Health & Nutrition Counselor and founder of Real Nutritious Living. She's been an on-camera expert for ABC, NBC, and GoodDayLive, with her writing published on a number of healthy living and nutrition websites. Melissa also teaches cooking classes and workshops at Whole Foods and various other retail outlets. She’s an avid yogi, always improving surfer, and a firm believer in faith, love, and the healing power of green juice. She’s got a heart for helping others achieve their health goals to attain their healthiest, happiest life.

I'd love to support your wellness journey...

Sign up below for a real Nutritious Living Welcome Kit (FREE) which includes my Quick Start Health Guide & Cookbook (over 25 recipes, guides to supplements, fat, protein, portions and more!) and my Health Snack List.

Plus, I'll send you weekly emails with quick tips to help you thrive!!

Thank you! Now please check your email and confirm we have the correct address. 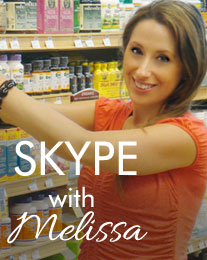 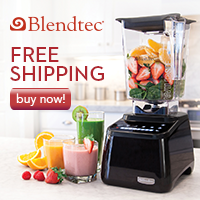 How does one become a butterfly? You have to want

A new study found high levels of a marker for toxi

We are a participant in the Amazon Services LLC Associates Program, an affiliate advertising program designed to provide a means for us to earn fees by linking to Amazon.com and affiliated sites.